A project that Emerge Associates’ commenced working on 11 years ago, the Port Hedland Marina will finally see construction commence.

Emerge’s Landscape Architects and Environmental Consultants led much of the design input, working closely with DevelopmentWA and the consultant team.

An article published on Business News follows below:

After several concept plans and years in the making, the $121.5 million Spoilbank Marina in Port Hedland is progressing, with a tender released for early works.

The Spoilbank Marina has been in the planning pipeline for more than a decade. However, due to size and scale of previous concept plans, as well as funding constraints, the project was put on hold.

The 21-boat pen marina has capacity to expand to 80 pens in the future, with other marina features to include: a four-lane boat ramp; trailer parking for up to 200 vehicles; a separate entrance channel to the main shipping channel; publicly accessible breakwaters with pedestrian path; public recreation and event space and public amenities; waterfront promenade to reflect the Yintha Kariyarra creation serpent story; and public art and a cultural gathering space.

The state government appointed the Pilbara Ports Authority as the developer for the project in July 2020, which will work closely with project partners Department of Transport, DevelopmentWA, Pilbara Development Commission and the Town of Port Hedland.

The marina is expected to be completed by late 2022.

“The Spoilbank Marina project is expected to create more than 200 jobs during construction and support a boost to the local Port Hedland economy, particularly as the state recovers from the economic impacts of COVID-19,” a Pilbara Ports Authority spokesperson said.

“There are opportunities created by the initial construction work, which will have flow-on effects in the local community.

“The finished marina and associated landside development will create a vibrant space for community members to gather and socialise.

“This will create opportunity for local small businesses. There is potential for pop-up stalls, tour operators and commercial operations.”

The Pilbara Ports Authority has issued a tender via the Tenders WA website for the first key package of works involving bulk earthworks such as excavating the marina basin, selected breakwaters and revetments.

The Spoilbank Marina joins a pipeline of marina and port-related projects starting to materialise along the Western Australian’ coast, including the Ocean Reef Marina.

A project that Emerge Associates’ commenced working on 11 years ago, the Port Hedland Marina will finally see construction commence. Emerge’s Landscape Architects and Environmental Consultants led much of the... Read More... 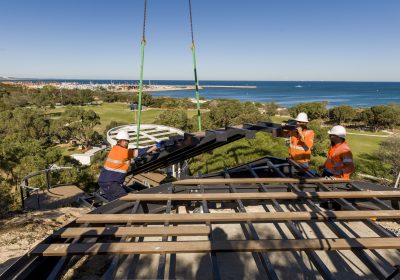 Emerge Associates were engaged by the City of Joondalup to design a pedestrian stairway located on a coastal dune at the Whitfords Node, Hillarys Beach Park.  This much-anticipated ‘Jacob’s Ladder... Read More... 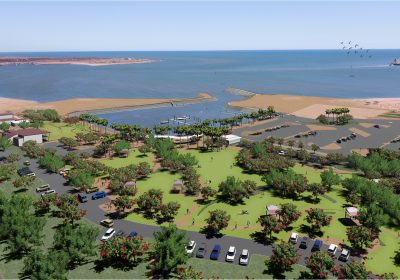 A project that Emerge Associates’ commenced working on 11 years ago, the Port Hedland Marina has been approved and is due to start construction this year. The ‘Spoilbank’, as it... Read More... 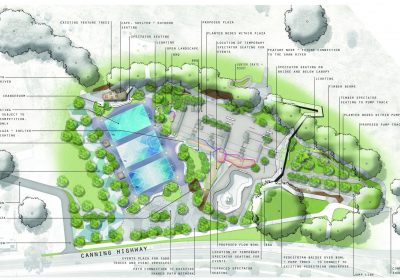 The McCallum Park Activity Hub is a collaboration with Skate Sculpture and New Line Skateparks. The hub forms a component of the Town of Victoria Park’s greater masterplan for the... Read More... 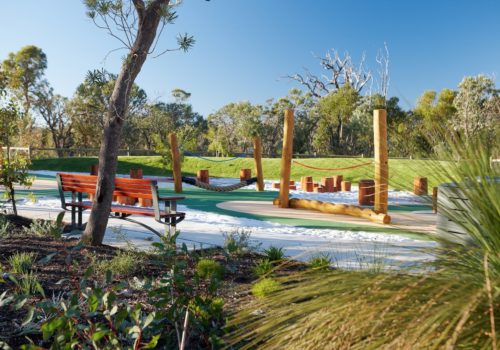 Emerge is excited to have 4 of our projects named as finalists across three categories in the Parks & Leisure Australia Awards of Excellence 2020. For the 2020 Park of... Read More... 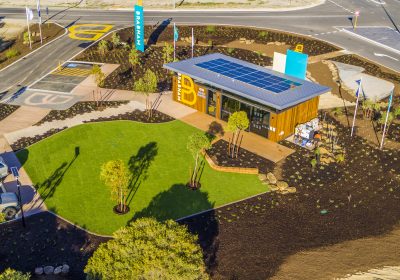 Brabham, being delivered by Department of Communities, Peet Limited and Perron Group, has recently been awarded a 6 Star Green Star Communities certification by the Green Building Council of Australia…. 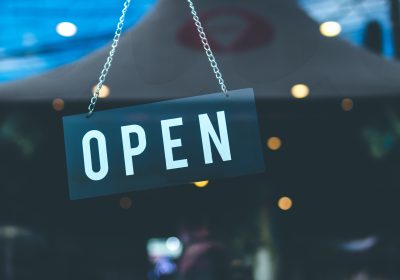 In this continually evolving environment, the health and safety of our team, clients and community is paramount. Emerge Associates’ office doors may be closed but we are still open. Our… 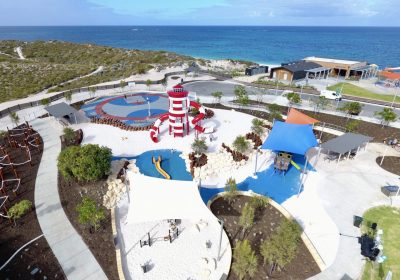 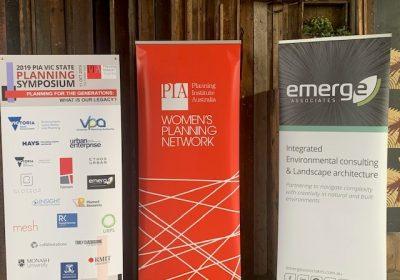 Emerge Associates was very pleased to sponsor the Planning Institute of Australia (PIA) Victorian State Planning Symposium 2019 “Planning for the Generations: What is our Legacy” Cameron Miller, Principal Environmental… 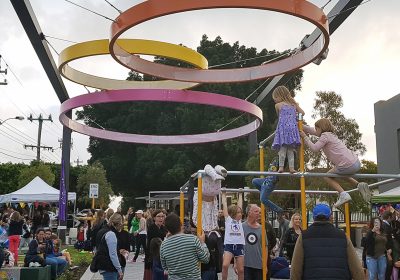 An exciting new chapter for the North Perth community has recently been unveiled with the opening of North Perth Common. The public area, located at the corner of Fitzgerald and... Read More...
Older articles

Stay in the loop with the latest news and projects. Sign up to receive regular email updates from Emerge Associates.

Back to The Juice